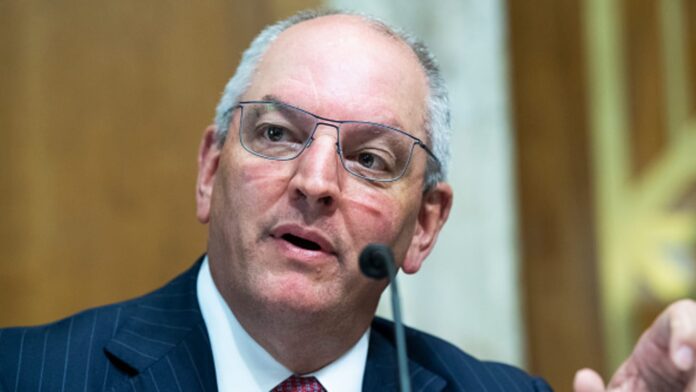 Gov. John Bel Edwards has signed a bill that would make doctors who perform abortions subject to prison terms of one to 10 years — a measure that would take effect when and if the 1973 Supreme Court decision establishing abortion rights is overturned.

The bill passed during the recently ended 2022 regular legislative session was described by supporters as a means of clarifying and eliminating any conflicts in anti-abortion laws already in state statutes. Edwards, a Democrat who goes against his party on the issue, has long expressed opposition to legal abortion.

Abortion rights activists had pressed for a veto of the bill by Sen. Katrina Jackson of Monroe — another anti-abortion Democrat — noting its lack of an exception for rape or incest victims. Edwards on Tuesday reiterated that he would like to see such exceptions, but said vetoing Jackson’s bill would do nothing to accomplish that.

The governor’s office also noted exceptions in the bill allowing abortions when fetuses are deemed medically futile — suffering conditions making them unable to live after birth — and in cases of ectopic pregnancy.

Other measures signed by Edwards on Tuesday included one striking Robert E. Lee Day and Confederate Memorial Day from the list of state holidays.

Edwards also signed a measure overhauling the regulation of medical marijuana in the state. Among other things, the bill switches regulation duties from the state Department of Agriculture and Forestry to the Department of Health.

And, Edwards signed a bill outlawing discrimination in education, employment, public accommodations or housing based on a person’s “natural, protective, or cultural hairstyle.” The bill mentions “afros, dreadlocks, twists, locs, braids, cornrow braids, Bantu knots” as examples. State Rep. Candace Newell’s bill addressed controversies such as the one that arose in the New Orleans area in 2018 after a girl was sent home from a Catholic school that banned hair extensions.