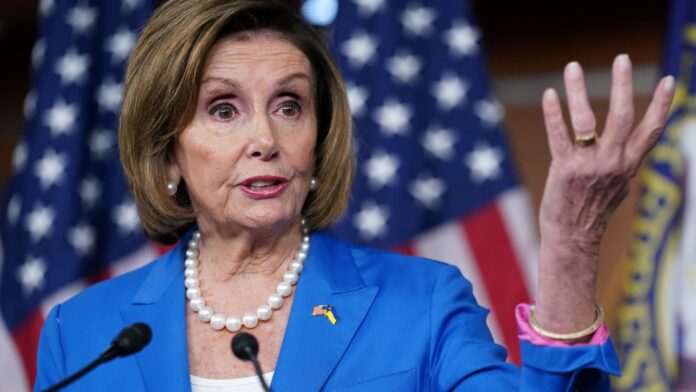 U.S. Speaker of the House Nancy Pelosi (D-CA) holds a press conference at the U.S. Capitol in Washington, September 22, 2022.

House Speaker Nancy Pelosi in a new interview said the brutal home invasion attack on her husband last month will affect her decision on whether to remain in the Democratic leadership in Congress.

But Pelosi, D-Calif., who police say was the actual intended target of the man charged in the attack, did not reveal in that CNN interview whether that means she will leave or stay in the leadership.

Pelosi, 82, has been the top Democrat in the House of Representatives for two decades.

Pelosi’s comment came as Democrats are battling to remain in control of both chambers of Congress in Tuesday’s mid-term elections.

Her 82-year-old husband Paul Pelosi had his skull fractured early Oct. 28 by an assailant wielding a hammer after the other man broke into the Pelosi home in San Francisco, police have said.

David DePape, 42, has been charged with attempted murder and other state crimes in the attack.

Federal prosecutors have charged DePape with the federal crimes of attempted kidnapping of a federal official — Nancy Pelosi — and assaulting an immediate family member of a United States official with the intent to retaliate against the official.

Authorities have said DePape was prepared to kidnap and detain Nancy Pelosi and break her kneecaps when he went to her residence. The speaker was in Washington, D.C., at the time of the break-in.

During her interview with CNN’s Anderson Cooper, Pelosi said her decision on whether to stay in leadership “will be affected about what happened the last week or two.”

Cooper then asked, “Will your decision be impacted by the attack in any way?”

Crypto prices are higher ahead of key inflation data, bitcoin holds at $19,000