HomeBusinessPowell will stop inflation by ‘any means necessary'
Business

Powell will stop inflation by ‘any means necessary’ 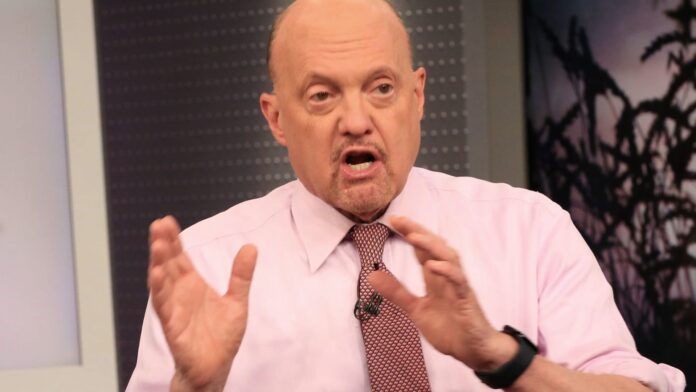 CNBC’s Jim Cramer on Wednesday said that investors should be with Jerome Powell and not against him, as the Federal Reserve chair has proven he’s willing to take inflation down no matter what.

“I think the Powell bears need a reset and a recalibration. … Turns out he’s willing to cause a slowdown — he’ll take a recession, even — that will be relatively light on job losses. But he’ll no longer stand for inflation,” he said.

The “Mad Money” host’s comments came after the Federal Reserve raised its benchmark interest rate by 75 basis points on Wednesday.

The other big piece of news for the day was Powell’s remark in his post-meeting news conference that he expects a 50 or 75 basis point rate hike in July.

All three major indices rose after his announcement, with travel names and every major sector except energy posting gains.

Cramer, who has been a supporter of Powell even as he urged the Fed chair to implement 100-basis-point rate hikes, strengthened his case against the bears by pointing out that the Fed’s last 75-basis-point rate hike in 1994 led to a “pretty darn good buying opportunity.”

He showed a chart of the Dow Jones Industrial Average’s gains during that period:

“All I can say to the critics is maybe Powell’s as good as all the other Fed chiefs you hated at the time, only to be loved once they retired. And the stock bears? Well, this is not the chart you want to see,” he said.

Omicron boosters are a key milestone, but aren’t likely to woo new investors to Pfizer, Moderna

What cooling inflation, the Fed’s reaction mean for these ETF trades