Powerball jackpot at $1.9 billion — for annuity. Lump sum is overrated 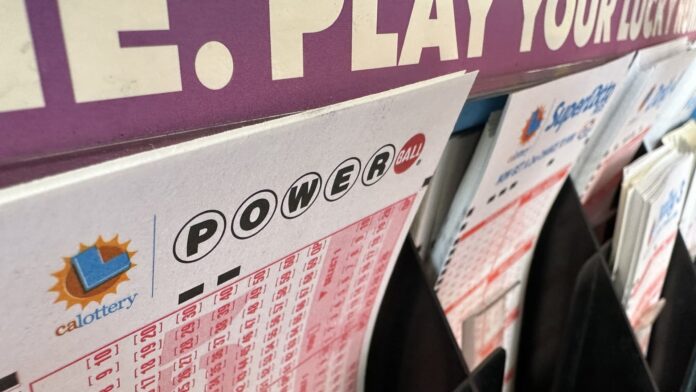 It’s hard to imagine what it would be like to win Powerball’s $1.9 billion prize. But the reality almost always falls far short of the fantasy.

“The curse of the lottery losers is very real,” said Andrew Stoltmann, a Chicago-based lawyer who has represented several recent lottery winners.

One of the very first decisions a winner must make — whether to accept the jackpot as a lump sum or as an annuity — often ends up being their downfall, Stoltmann said.

More from Personal Finance:
The Powerball jackpot is up for grabs. Here’s the tax bill
Free returns at retailers may soon be a thing of the past
Affluent shoppers embrace secondhand shopping

The jackpot for Monday night’s drawing is now the largest lottery prize ever at an estimated $1.9 billion, if you opt to take your windfall as an annuity spread over three decades. The upfront cash option — which most jackpot winners choose — for this drawing is $929.1 million.

These days, the annuity option is bigger than it previously was, relative to the cash option, thanks to higher interest rates, which make it possible for the game to fund larger annuitized prizes, according to the Multi-State Lottery Association, which runs Powerball.

Not only does an annuity offer a bigger bang for your buck but spreading out the payments also gives you a chance to build an experienced team, including an accountant, financial advisor and an attorney to protect the money and your best interests, according to Stoltmann.

“Few lottery winners have the infrastructure in place to manage a lottery windfall,” he said.

That ensures a level of financial security that the lump sum does not, even with the inevitable onslaught of solicitations, excessive purchases or bad investments.

“To make a mistake with the first year’s winnings is not catastrophic if the winner is going to receive another 29 years’ worth of payments,” Stoltmann said.

Spreading out the payments is a worthwhile consideration, “especially in light of the math and psychology,” said Joe Buhrmann, a certified financial planner and senior financial planning consultant at Fidelity’s eMoney Advisor.

“Even if you spend it all, there’s another check that comes next year,” he said. “There’s a great deal of certainty in that.”

Then there are the tax consequences: Choose the cash option and a 24% federal tax withholding gets taken off the top — that’s roughly $223 million — with another hefty bill likely due at tax time.

“The only deduction you have is the cost of your ticket,” Buhrmann said.

Of course, you’ll pay tax on the annuity checks, as well, but perhaps not as much on the investment income if the government is doing the work for you (essentially by putting the winnings in a portfolio of bonds rather than how you would have invested it).

Although you could likely make more by investing in the market over the same time horizon, there is far less risk since the annuity payments are guaranteed. Even if you die, future payments become part of your estate, just like any other asset.

“Don’t get caught up in the nickels and dimes,” said Susan Bradley, a CFP and founder of the Sudden Money Institute in Palm Beach Gardens, Florida.

Either way, “the payouts are huge and you will never be the same,” she said.

How ETF investors can pull through a bear market