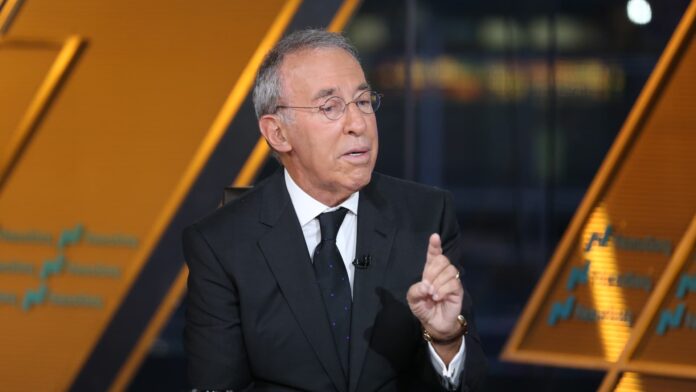 Longtime investor Ron Baron believes investors are being presented with a once-in-a-lifetime buying opportunity after stocks fell into a bear market on fears of a recession. “Hope you’re able to get someone or lots of someone to tell your viewers that this is HUGE once in generation BUYING opportunity,” Baron said in an email sent to CNBC’s Becky Quick and Joe Kernen. “Huge monstrous opportunity following June 2022 (June 2020 TOO) Crash!” The S & P 500 tumbled into a bear market earlier this week as recession fears deepened in tandem with the most aggressive Federal Reserve rate hike since 1994. The equity benchmark is now off nearly 24% from its all-time high in January. All 11 of its sectors are at least 15% below their recent highs. The CEO of Baron Capital said the stock market advanced only modestly over the past two decades even though the economic expansion has been impressive thanks to innovative technology. “Was talking to my sons last night. They have been in our business for about twenty years. Since graduated college with two year break for MBAs,” Baron wrote. “Since then wars…internet bubble burst…financial panic 08-09.. Covid pandemic …commodity inflation…and stock market modest progress. A little more than doubled. 22 years. Despite economic growth that’s been material and accelerating spurred by technology and biology advances!” Baron, whose funds held more than 4.6 million shares of Tesla early last year, said he told his sons that the opportunity right now is as big as when he started his company 40 years ago, and that growth stocks are poised to enjoy outsized gains. “Told them they now have same opportunity I had when founded Baron Capital March 16,1982 and Dow Jones was 880! After 16 years of no progress in market averages,” Baron said. “Especially the case now since we now have investments in incredible growth companies like Tesla and SpaceX and lots and lots and lots of others.” Baron Capital managed almost $49 billion in assets as of March 31.