HomeInvestingSome stocks are 'summer rentals,' available to move in and move out
Investing

Some stocks are ‘summer rentals,’ available to move in and move out 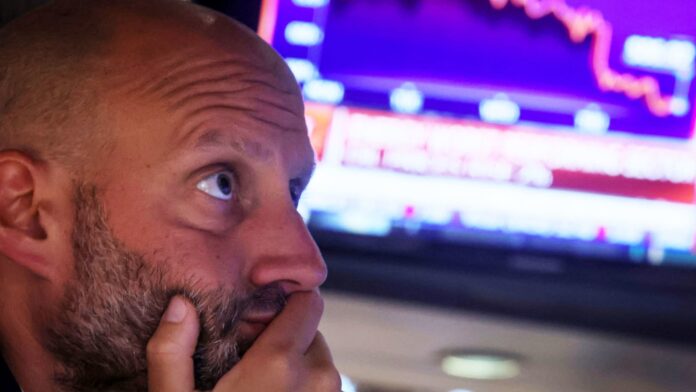 In volatile July, investors may be treating some stock market trades like ‘summer rentals,’ or investments they just want to hold onto for a few weeks and then move on. Some of those names, among hard hit growth stocks, jumped Tuesday, and could see more upside in the short-term, technical strategists say. Stocks like Zoom surged 8.5%, Roku rallied 9.7%, and DocuSign climbed 6.7%. The ARK Innovation Fund ETF, the poster child for high-growth stocks, rocketed 9.1% into the close Tuesday, swinging higher as stocks erased losses late in the trading day. At the same time, this year’s market leaders — energy and commodities — were punched in the gut Tuesday. The Energy Select Sector SPDR Fund , an ETF representing the S & P 500 energy sector, was down nearly 4%. A drop in crude oil prices was seen as a relief for other parts of the market, since cheaper crude could help take pressure off of consumers, bring down inflation and slow the Fed’s rate-tightening campaign. Strategists expect July is just the start of a quarter of transition , where the market could grow turbulent as investors watch to see if inflation peaks and the economy heads towards recession. For some strategists, it is also a time for a possible bottoming out, but the market has to make its way through macro challenges first and deal with a swirl of cross currents. “We’re only two days into the second half, but it sure seems like there’s some sort of mean reverting trade going on,” said Todd Sohn, technical strategist at Strategas. “Commodities and energy have been really hard hit, and now you’re seeing rallies in everything from bonds to Chinese equities, which zigged when everything else zagged.” He said some speculative names and growth, like biotech, could keep heading higher for a short time. The SPDR S & P Biotech ETF XBI was up 5.8% Tuesday. “I would question how durable these rallies are, but as rentals for the summer, they make sense. These are the summer rental trades to me,” said Sohn. Sohn said some of the stocks that are jumping are heavily shorted, and they could see more buying. “You get a couple days’ rally, and you’re going to have to see people cover and that creates the whole tornado of a short squeeze,” he said. Mark Newton, Fundstrat head of technical strategy, said he expects the market is very close to finding a bottom, and that could happen this month. “I think we’re in the final stage of the sell-off. I think we saw it in tech, and now we’re seeing it in commodities. I think the sell-offs in gold and oil are very bearish,” he said. West Texas Intermediate crude oil futures ended Tuesday’s sessio n with an 8.2% loss, at $99.50 per barrel. Gold fell more than 2%. “To see the U.S. stock market rally, we’re going to have to see more evidence of weakness in the economy. That might be a soft spot if we see that extreme weakness, where bad news is good news,” Newton said. Newton said the S & P 500 could fall as low as 3,505 to 3,600. The S & P 500 ended Tuesday at 3,831, up 6 points. “The first evidence of Treasury yields starting to move back up, I think that will affect tech and tech will have its final pullback, and that will shape up to be the low potentially of the year,” Newton said. Sohn said bear market rallies can be vicious, and the S & P 500 could makes its way back to 4,000 in such a rally. But the low could well be below its current level. “The way I’m thinking about it is some 50% of large cap stocks are back below the highs they made in February, 2020, right before the Covid crash,” he said. “If the S & P were to retest that level, at a minimum that’s about 3,400, or so. About 10% more pain.”