HomeBusinessStick with profitable, recession-proof stocks to avoid a ‘crisis'
Business

Stick with profitable, recession-proof stocks to avoid a ‘crisis’ 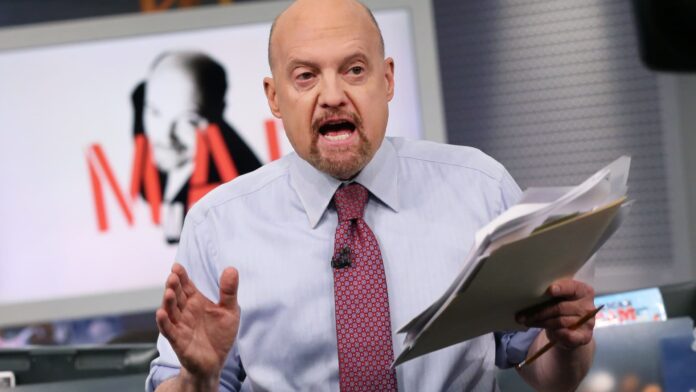 CNBC’s Jim Cramer reminded investors to own profitable, recession-proof stocks rather than conceptual ones after major tech stocks tumbled on Thursday.

He noted that while the stocks took a hit, they’re still “terrific” and stand out from uninvestable names for two main reasons.

Investable stocks “have a defined downside because of that dividend and their lack of sensitivity to interest rates. … The other reason: They’re mature companies that have gotten through recessions before and come out the other side even stronger,” he said.

“If you own the tangible stocks I’ve been highlighting, you have an opportunity to buy more into weakness. If you’re stuck with the conceptual stocks that I’ve warned you away from, you have a crisis,” he added.

Some of the tech names that tumbled include Facebook-parent Meta, Amazon and Apple. The rest of the market also declined as investors look forward to May’s consumer price index to shed light on the state of inflation.

Cramer took the day’s declines as an opportunity to remind investors of his mantra for owning stocks.

“As I’ve said over and over again, you want to own companies that make real things and do real stuff and turn a profit in the process, with relatively cheap stocks and good dividends or buybacks,” he said. “That group is … losing money, but it’s held up.”