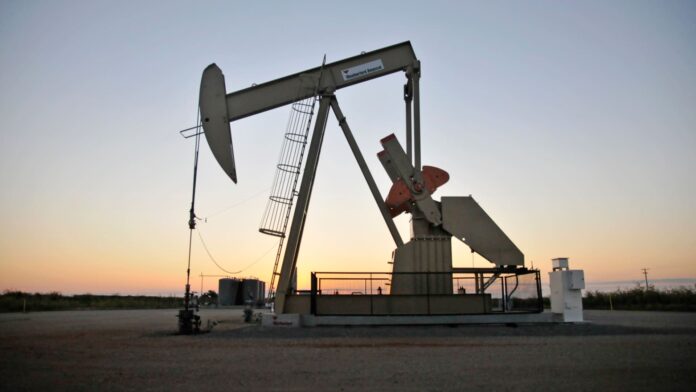 CNBC’s Jim Cramer said he anticipates a near-term rally in energy stocks if Republican candidates perform well in Tuesday’s midterm elections and win a majority in at least one chamber of Congress.

Oil and gas companies should be among the “biggest winners” if that were to happen, Cramer said Monday night. He said shares of oilfield services firms — such as Halliburton and SLB, formerly known as Schlumberger — should be standouts in that scenario. Cramer’s Charitable Trust owns shares of Halliburton.

“Next up would be the oil and gas producers … that need more pipelines to bring their product to market,” Cramer added.

Outside of the energy sector, Cramer said Wall Street would likely interpret a strong Republican showing Tuesday as favorable for financials.

“The Biden administration is considered incredibly anti-bank, so you might want to buy the majors: JPMorgan, Bank of America, or Wells Fargo, the latter being a big position in the charitable trust,” he said.

To be sure, Cramer cautioned that the market’s reaction Wednesday to the election results depends on what happens in Tuesday’s trading session. On Monday, all three major U.S. stock indexes finished solidly higher — a move Cramer suggested was “a kneejerk presumption that a Republican victory [Tuesday night] will definitely lead to higher stock prices.”

“If the market keeps running [Tuesday] in anticipation of a Republican sweep, you need to be aware that we’ve already had a big move,” he said, “and that may be all we’re entitled to for now.”

Cramer said unless interest rates move lower or outlooks for corporate earnings improve, “there’s a lot that stays the same even when Congress changes hands.”