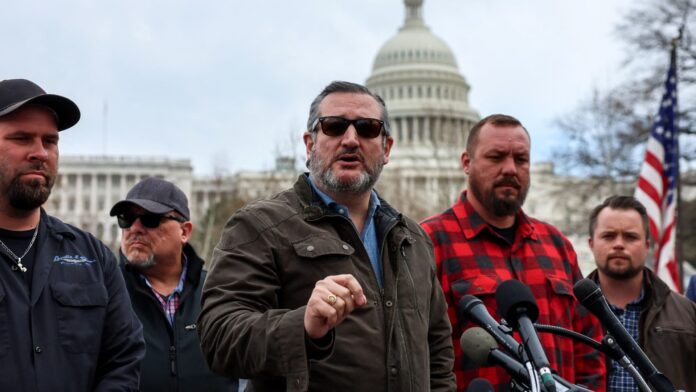 The remarks from Cruz, who has been open about his interest in another presidential run, came just weeks after the Supreme Court overturned the Roe v. Wade decision that guaranteed a constitutional right to abortion.

Cruz, a longtime opponent to same-sex marriage who believes both issues should be left to the states, echoed conservative Supreme Court Justice Clarence Thomas, who argued in his concurring Roe opinion that the court “should reconsider” past rulings, including Obergefell as well as opinions that protected the right to same-sex intimacy and contraception.

“The way the Constitution set up for you to advance that position is convince your fellow citizens that if you succeeded in convincing your fellow citizens, then your state would change the laws to reflect those views. In Obergefell, the court said now we know better than you guys do, and now every state must, must sanction and permit gay marriage,” Cruz continued.

“I think that decision was clearly wrong when it was decided. It was the court overreaching.”

As the Supreme Court appeared poised to overturn Roe this year, fears that it could also reverse the precedent set in Obergefell prompted some state lawmakers to enshrine same-sex marriages into state law.