HomeInvestingThe lithium-ion battery is the 'cornerstone' technology of our future. Cowen's stocks...
Investing 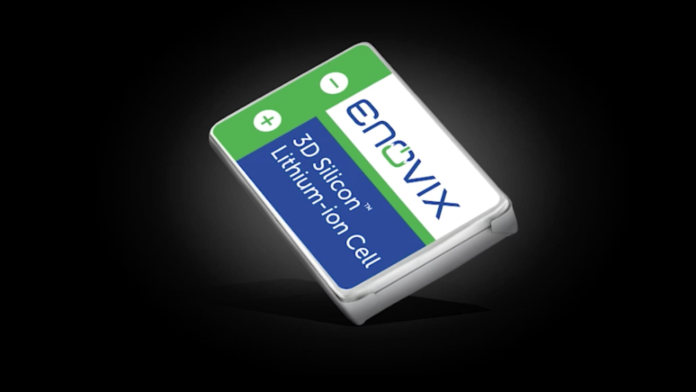 Optimism is revving up at Cowen over the investment potential of companies focused on lithium-ion batteries. “The lithium-ion battery is the cornerstone of several mega themes – namely ‘electrification of everything’ – and given its importance we believe close attention is required by energy, tech and auto/industrial investors alike as the sector becomes more ‘mainstream’ (i.e., less about Asian incumbents),” analyst Gabe Daoud wrote in a 124-page report. Cowen expects 21% compound annual growth for lithium-ion rechargeable batteries through 2035 from a base in 2021. That makes for a potential total addressable market amounting to $366 billion. The best-known application of these batteries is in electric vehicles. But batteries are also used in smartphones, laptops and smart watches, and alternative and virtual reality hardware, like headsets. Recent geopolitical conflicts including the Russian invasion of Ukraine have elevated the need for battery production within the U.S., Daoud said. But supply remains challenged despite new support in the Infrastructure Investment and Jobs Act and Inflation Reduction Act. Ultimately, Daoud said the U.S.-based lithium-ion battery industry stands to gain, especially as headwinds resolve and production catches up to demand. A lack of consolidation and commercialization has created an entry for smaller start-ups to capitalize, he said. “While we’ve learned with the help of countless conversations with experts that there’s no ‘holy grail’ in batteries, a number of start-ups do appear well placed for share gains given compelling technology and/or manufacturing improvements that can drive costs lower,” Daoud said in the report, which initiated research coverage on three stocks and repeated a top pick. The top pick is Enovix , which Daoud said has an “attractive” list of potential customers and a licensing model for electric vehicles as the “cherry on top.” Rated outperform, Enovix has a price target of $36, or potential upside of 94.5%. Battery swelling has been an inhibitor to lithium-ion batteries. Daoud said Enovix is the only company implementing changes to its battery to avoid this by changing electrodes to mitigate pressure on silicone to expand. The lack of earnings among these start-ups can concern investors, Daoud acknowledged, especially against a tough macroeconomic backdrop where the Federal Reserve is raising borrowing costs and the S & P 500 has slumped 19% this year. Though Envoix is considered to have the most commercialization potential, Daoud said he is also watching FREYR Battery , SES AI and Solid Power . He said the companies have unique differences but all stand to gain traction as the market expands. Daoud said there is concern about the ramp-up times for these companies, while noting FREYR could move more quickly. “While we appreciate the disruption approach, we try to balance long-term potential with time to market given investor time horizons and prefer ENVX and FREY with QS, SES, and SLDP representing longer-dated options on solid-state/lithium-metal technology,” he said. The report contained initial investment opinions on three of the stocks: FREY (outperform), SES (market perform) and SLDP (market perform). ENVX and QS had already been rated outperform.