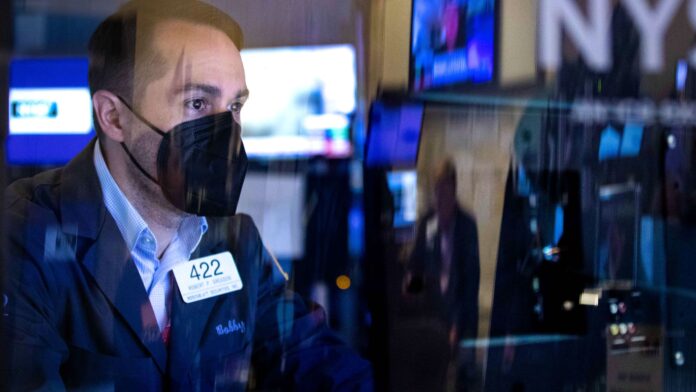 Retail giant Target cut its profit guidance on Tuesday and announced plans to get rid of excess inventory, highlighting the growing risks to economic growth arising from surging inflation.

Meanwhile, a widely tracked Federal Reserve gauge is indicating that the U.S. economy could be on course for a second successive quarter of contraction, a technical recession. The Atlanta Fed’s GDPNow tracker is pointing to an annualized gain in gross domestic product of just 0.9% for the quarter.

Markets are looking ahead to May’s consumer price index reading on Friday, with the print likely to be influential in the scale and speed of the Fed’s monetary tightening path.

Data releases on Wednesday will include April’s monthly wholesale inventories figure, while auctions will be held for $33 billion of 10-year Treasury notes and $30 billion of 119-day bills.