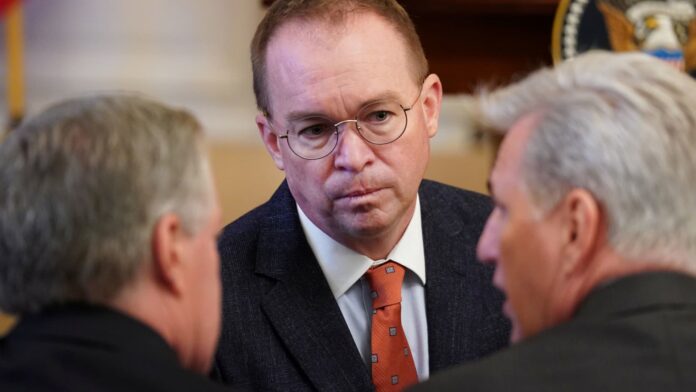 Mulvaney’s interview with the panel in person, he told CNBC in an email.

CBS News, where Mulvaney works as a contributor, first reported that his interview would take place

Mulvaney, 55, told the news outlet last week that he believes former White House aide Cassidy Hutchinson and other ex-officials who have testified about former President Donald Trump and his actions on Jan. 6, 2021, when a mob of his supporters invaded the halls of Congress.

Mulvaney also said Trump should not seek a third term.

“I don’t want him to run. I don’t. Because we don’t need him anymore,” the former Republican South Carolina congressman said.

Mulvaney served multiple roles in the Trump administration, first as director of the Office of Management and Budget. During much of his stint in that role, he also was acting director of the Consumer Financial Protection Bureau.

Mulvaney later served as acting chief of staff for Trump from January 2019 through March 2020, when the president ousted him, and replaced him with a then-congressman, Mark Meadows. Trump then appointed him the special envoy for Northern Ireland.

Mulvaney resigned that role a day after the riot, telling CNBC that he had called then-Secretary of State Mike Pompeo that “I can’t stay” in the wake of the insurrection.

“Those who choose to stay, and I have talked with some of them, are choosing to stay because they’re worried the president might put someone worse in,” Mulvaney told CNBC at the time.

Ford to restructure supply chain after $1 billion in unexpected costs