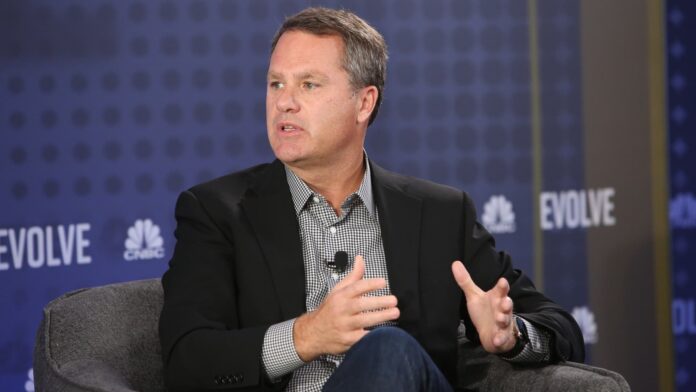 Walmart CEO Doug McMillon told employees on Friday that the company is weighing how to respond to a Supreme Court decision that ended the federal right to an abortion.

“We are working thoughtfully and diligently to figure out the best path forward, guided by our desire to support our associates, all of our associates,” he said in a memo sent to employees on Friday. “We will share details on our actions as soon as possible, recognizing that time is of the essence.”

He did not say what changes the company is considering, such as if it may cover travel expenses for workers who must travel to another state where abortion is available.

The memo was previously reported by The Wall Street Journal.

Arkansas, home to Walmart’s headquarters, is one of several states with severe limits or bans on abortions that went into affect after the high court’s ruling.

Walmart is also the country’s largest private employer. It has about 1.6 million employees across the country, including many who live and work in states across the Sunbelt with abortion restrictions such as Texas, Oklahoma and Florida.

Since the Supreme Court reversed Roe v. Wade, companies across the country have had a mix of reactions. Some, including JPMorgan Chase, Dick’s Sporting Goods and Target, have announced new plans to cover employee travel to other states for abortions. Others, such as Kroger and Apple, said they already cover travel for medical treatments and reproductive health care. And still others have remained quiet.

Amazon, the second-largest private employer in the country, said in May that it would pay up to $4,000 in travel expenses each year for non-life-threatening medical treatments, including abortions.

Walmart health benefits cover only some abortions. According to the company’s employee handbook, charges for “procedures, services, drugs and supplies related to abortions or termination of pregnancy are not covered, except when the health of the mother would be in danger if the fetus were carried to term, the fetus could not survive the birthing process, or death would be imminent after birth.”

Plan B, an over-the-counter form of contraception, is covered only if the person gets a prescription. The pill, often called the “morning after pill,” works by preventing ovulation or preventing a fertilized egg from attaching to the womb. It can be taken after unprotected sex or when contraception fails.

Other forms of contraception are also covered with a prescription, including birth control pills, injections and intrauterine devices, or IUDs. Some anti-abortion activists also oppose IUDs because they can stop a fertilized egg from implanting in the uterus.

In Friday’s memo, McMillon said Walmart has gathered input from employees as it decides what to do. He also alluded to the size and diversity of both the company and its customer base.

“We know our associates and customers hold a variety of views on the issue, and this is a sensitive topic about which many of us feel strongly,” he said. “We want you to know that we see you, all of you. No matter what your position on this topic is, we want you to feel respected, valued and supported.”

Home prices fall for the first time in three years, biggest drop since 2011