HomeBusinessCharts suggest bitcoin could rally over the next few months but likely...
Business 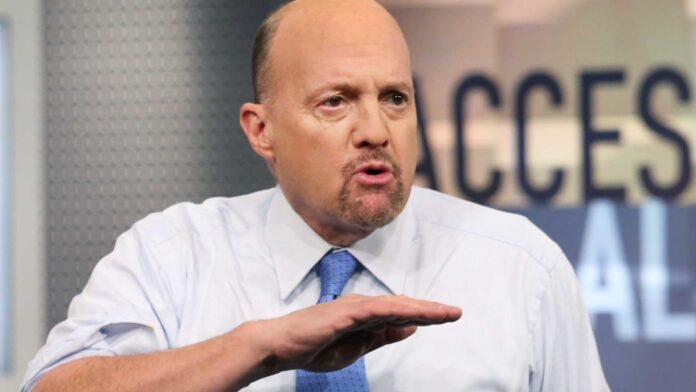 CNBC’s Jim Cramer on Wednesday said bitcoin could experience a rally over the next few months, though it could be years before it reaches its old highs.

“The charts, as interpreted by Tom DeMark, suggest that bitcoin could have a nice relief rally over the next few months, even if he doesn’t see it revisiting its old highs for years or even decades,” he said.

“I can’t countenance buying crypto here, but if you still own some and you want out, I’m betting that from this, if you’re another dip down, you might get a better price to get out,” he added.

The cryptocurrency market has had a rough year as investors spooked by inflation and the Federal Reserve’s interest rate hikes have sold off their assets, leading the crypto market to downturn. Bitcoin, the world’s largest cryptocurrency, has fallen far from its highs reached last November, with some predicting it will plunge even further.

According to the “Mad Money” host, DeMark has a 13-step buy and sell countdown that helps him identify tops and bottoms in bitcoin. A certain number of sessions go in the same direction and eventually the buying or selling exhausts itself, he said.

In his breakdown of DeMark’s analysis, Cramer examined the daily chart of Bitcoin from April of last year through today. Here’s the chart:

Cramer said that a notable aspect of the chart is that bitcoin never had a downside retracement of more than 50% on a closing basis since 2020 – until a few months ago.

“According to DeMark, when you get a decline this ugly … it often does structural damage to the asset in question,” he said. “If you’re thinking long-term, DeMark says that it could take many years for bitcoin to come near its old highs, maybe even decades. It’s possible we’ll never see them again,” he added.

However, that doesn’t mean bitcoin can’t bounce, according to Cramer.

For more analysis, watch the video of Cramer’s full explanation below.