HomeInvestingGoldman says buy the pullback in oil and other commodities
Investing

Goldman says buy the pullback in oil and other commodities 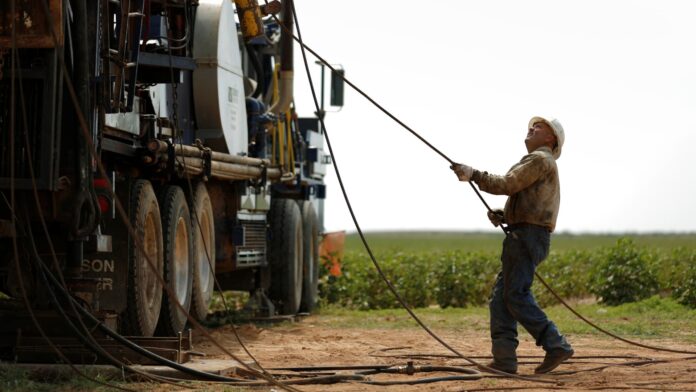 Commodities’ blistering rally has cooled in recent weeks as recession fears hit the outlook for future demand, and Goldman Sachs believes the pullback is a buying opportunity. Jeff Currie, Goldman’s global head of commodities research, told “Squawk Box” on Monday that the setup across the energy sector is “incredibly bullish.” “At the core of our bullish view of energy and commodities more broadly is the under-investment thesis, and that applies more today than it did two weeks, three weeks ago,” he said. “You’ve just seen an exodus of money from the space whether it’s in the equities or it’s in the commodities’ credit … investment continues to run from the space at a time it should be coming to the space.” West Texas Intermediate crude , the U.S. oil benchmark, is coming off a second straight week of losses. Additionally, it’s on track to finish June in the red, snapping six consecutive months of gains. Natural gas, meantime, is down more than 20% for the month and on track for its worst monthly performance since December 2018. Goldman said in a note to clients Friday that the drawdown hasn’t been sparked by a fundamental catalyst. Rather, it’s been driven by a “sharp rise in recession fears as real activity begins to slow and central banks shift to more aggressive rate hikes.” The firm said that if the economy tips into a recession for long enough, demand for commodities will fall, bringing down prices with it. But the economy isn’t there yet, which is where Goldman draws a distinction between commodities and other assets. Commodities are spot assets and react to dynamics of current supply and demand. Investors can “remain bullish commodities as long as demand levels are still above supply levels, which all the data suggests is still the case.” In other words, even if the demand growth rate slows, demand is still rising while the supply side of the equation remains tight. Financial markets, on the other hand, are “anticipatory assets and are driven by the growth rate of demand, which is clearly slowing.” As worldwide economies emerge from the pandemic Currie expects oil prices to regain prior highs, moving to the $140 per barrel range this summer. “We stick to our guns,” he said of the call, given that prices have retreated in recent weeks. WTI traded around $109.45 per barrel Monday, while the global benchmark Brent crude was just under $115. — CNBC’s Michael Bloom contributed reporting.

GameStop launches NFT marketplace as it hunts for growth online