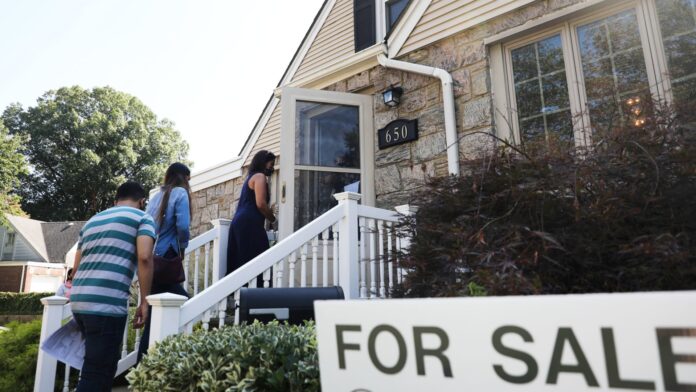 Home price increases slowed ever so slightly in April, but it is the first potential sign of a cooling in prices.

Prices rose 20.4% nationally in April compared with the same month a year ago, according to the S&P CoreLogic Case-Shiller Index. In March, home prices grew 20.6%. The last slight deceleration was in November of last year.

In a change from the last five months, when most of the 20 cities saw month-to-month price gains, only nine cities saw prices rise faster in April than they had done in March. Cities in the South continued to see the strongest monthly gains, including Atlanta, Charlotte, Dallas, Miami, and Tampa.

“April 2022 showed initial (although inconsistent) signs of a deceleration in the growth rate of U.S. home prices,” Craig Lazzara, managing director at S&P DJI, wrote in a release. “We continue to observe very broad strength in the housing market, as all 20 cities notched double -digit price increases for the 12 months ended in April. April’s price increase ranked in the top quintile of historical experience for every city, and in the top decile for 19 of them.”

Cities with the smallest gains, although still in double digits, were Minneapolis, Washington, D.C., and Chicago.

It is important to note that not only are these price gains for April, but the index is a three-month moving average. The average rate on the 30-year fixed mortgage just crossed the 5% mark in April after rising from around 3% in January. By June it had crossed 6%.

“We noted last month that mortgage financing has become more expensive as the Federal Reserve ratchets up interest rates, a process that had only just begun when April data were gathered. A more challenging macroeconomic environment may not support extraordinary home price growth for much longer,” said Lazzara.

The housing market is already cooling, with slower sales and reports of price drops among some sellers. The supply of homes for sale has also increased steadily, as more listings come on the market and homes already on sit longer. Active inventory last week was 21% higher than it was the same week one year ago, according to Realtor.com.

“For buyers and sellers, the road ahead will require more flexibility in pricing, brushing up on negotiation skills, and acknowledging that market conditions today are different than even six months ago,” said George Ratiu, senior economist at Realtor.com.

Disney earnings could define how industry views future of streaming