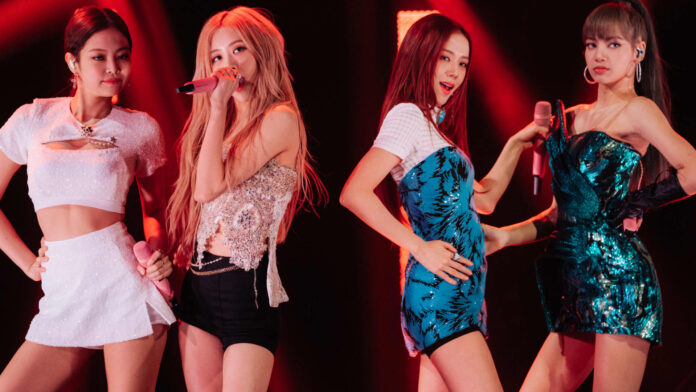 The creator behind the new exchange-traded fund aimed at converting global fans of Korean content into an investment opportunity is optimistic in his premise.

Since its launch on Sept. 1, the KPOP and Korean entertainment ETF has not performed well — recently trading on the New York Stock Exchange Arca at $15.05 — a roughly 23% drop from its debut. That’s in line with the overall Kospi index having plummeted more than 20% this year.

But Jangwon Lee, chief executive of CT Investments and Contents Technologies and the creator of the ETF, is hopeful about the Korean entertainment industry despite the sluggish outlook for global markets.

“Content consumption, especially digital, is relatively resilient across recessionary and inflationary environments and longer term,” said Lee in an interview with CNBC, adding that it’s “been a tough few weeks across all asset classes” since the fund’s inception.

Shares of Korean entertainment companies have been underperforming overall, with YG Entertainment’s stock price down around 26% year-to-date and Hybe down more than 64% year-to-date.

“We ultimately believe that the underlying performance of the companies in our ETF will provide further momentum in attracting demand from a wider investor universe,” he said.

We are witnessing an inflection point in K-pop and K-content gradually attaining mainstream status globally from what was more a sub-culture in the past.

The KPOP ETF says on its website that it provides “focused exposure to the Korea Exchange-listed companies engaged in the entertainment industry and the interactive media & services industry.” The fund is a 30-stock index, which includes entertainment companies that manage bands such as BTS, BlackPink, and Twice — their respective agencies being HYBE, YG Entertainment, and SM Entertainment.

It also includes content makers such as Studio Dragon, which produced the hit series “Crash Landing on You” and platform companies such as AfreecaTV, through which some livestream themselves playing video games and eating.

“We believe it is still in its early innings given that we are witnessing an inflection point in K-pop and K-content gradually attaining mainstream status globally from what was more a sub-culture in the past,” he said.

Lee of CT Investments and Contents Technologies said the creative content businesses that this fund makes accessible to global investors will thrive in the longer term, with borders reopening and countries such as South Korea and Japan lifting quarantine and testing rules for tourists.

“There is significant pent-up demand among existing fans and K-pop artists have been deliberately releasing new albums in time for the reopening,” he said, adding that many artist groups have recently resumed their world tours and concerts.

“Its global fandom is seeing a trickle-down effect from groups like BTS and BlackPink, as they were direct beneficiaries of YouTube – it isn’t limited by time or location,” Lee Ki-hoon said in an October report.

Goldman Sachs predicts revenue from the global music industry will reach $131 billion by 2030 – more than double the $62 billion for 2017 — adding that streaming will boost the industry to record highs.

CT’s Jangwon Lee is similarly optimistic, adding he is a “long-term believer” in K-pop’s outlook within the wider industry.

“K-pop fan engagement across the globe is materially higher than that of other genres across metrics, such as social media engagement and merchandise sales including physical album sales,” Lee said.

“We believe there could be a high conversion among fans becoming shareholders in companies that their favorite artists are affiliated with,” he said.

In the nearer term, Lee of Hana Financial Group said that Hybe, the group behind BTS, may bottom out sometime around December, when the group’s plans for enlisting in South Korea’s military are finalized.

Lee of CT said the agency’s confirmation that the band will move forward with its conscription plans means eliminates some uncertainty.

“A significant overhang has been removed,” Lee said, adding that the focus of investors will now “shift toward other growth prospects across its business.”