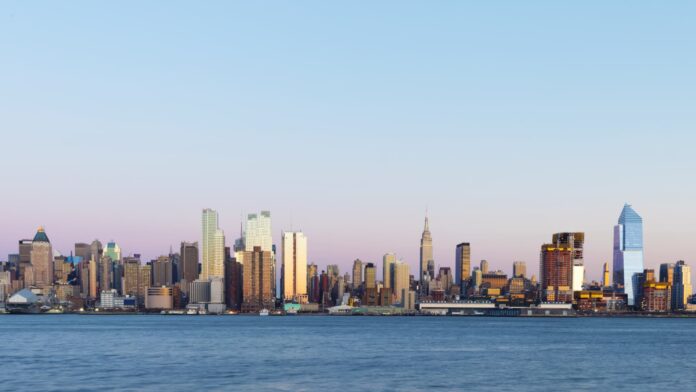 Sales contracts for Manhattan apartments plunged by nearly a third in June as the city’s scorching real-estate market started to cool amid recession fears and declining stocks.

New York real estate was on a tear through the early spring, with high prices and strong sales. The median sales price for the second quarter rose to a record $1.25 million, according to data from the firms Miller Samuel and Douglas Elliman. The number of sales — at over 3,800 — was the highest total for the second quarter since the housing boom of 2007.

Yet most of those deals were negotiated in the early part of the year. Brokers and real estate analysts say the Manhattan market took a sharp turn downward in June, as stocks and crypto declined, interest rates rose and economists started discussing the potential for recession.

Sales contracts for co-ops and condos in Manhattan fell 30% in the quarter compared to June 2021, according to Miller Samuel and Douglas Elliman.

“Throughout the second quarter, that slowdown has accelerated: fewer signed contracts, fewer bidding wars, more price reductions, and a gradual increase in available inventory,” Coldwell Banker President Frederick Warburg Peters wrote in a market report. “The gradually slowing sales market manifests in all boroughs and at all price points throughout the city.”

Manhattan’s decline is especially sudden given that the market is skewed toward higher-end, wealthier buyers who are less dependent on mortgages and rising rates. In the second quarter, 53% of all apartment purchases in Manhattan were cash. At the high end it’s even higher — 99.6% of purchases above $4 million were cash, according to Jonathan Miller, CEO of Miller Samuel.

Brokers say wealthier buyers in Manhattan are more spooked by the stock-market declines and crypto losses than higher mortgage rates. Added to that are continued concerns about New York’s crime and high taxes.

“This is a market in transition,” said Bess Freedman, CEO of Brown Harris Stevens. “Buyers are in the driver’s seat right now. There is just a lot of uncertainty and weaker confidence.”

Prices haven’t started falling yet — at least not broadly. But brokers say buyer attendance at open houses and multiple bids have all but evaporated. McKenzie Ryan, a top New York broker with Douglas Elliman, said one of her clients is a Manhattan family that had a baby and was looking for more space with a budget of around $4 million.

“They just decided to fully stop their search,” Ryan said. “They still need the space, but interest rates and economic fears are pushing people to pause.”

Buyers aren’t showing up for open houses or showings as they were even in April. She said she had a listing that month that attracted 31 people to the open house. When she held an open house for a similar listing and similar price point in June, only four people showed up.

Along with buyers in finance worried about financial markets, workers and executives in tech and venture capital in Manhattan are also pulling back on real estate, fearing layoffs and cost cuts.

“My clients in tech are just bracing right now for whatever happens,” Ryan said. “Some people have seen a steep loss in wealth since the start of the year.” Ryan said that when sellers are now pricing their listings, they can’t use comparable prices from earlier in the year. She said some are marking them down up to 10% from early 2022 comparables, but it all depends on the apartment.

“There is just not enough data on the market right now,” she said. “It’s just moving and changing so fast.”

Democrats are better for our country and economy

China’s heatwave could have knock-on effect on its economy: Economist