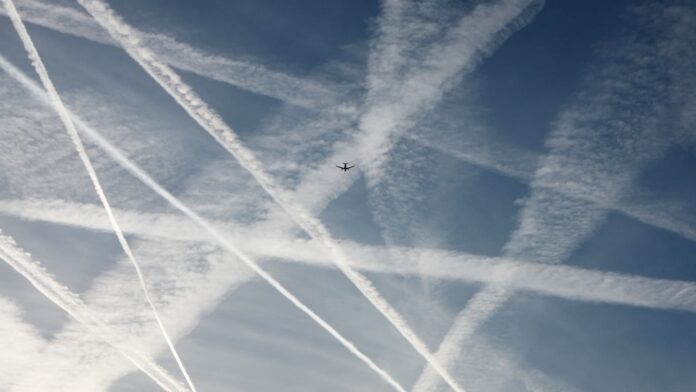 The aviation industry requires more carrot and less stick going forward to become more sustainable, according to the director general of the International Air Transport Association.

Speaking at CNBC’s Sustainable Future Forum on Friday, Willie Walsh was asked if subsidies and tax breaks to encourage investments into cleaner energy were more effective than firms or consumers being taxed for emitting higher levels of carbon.

“Quite honestly, all of the evidence that we have available shows that the carrot is far more effective than the stick,” Walsh replied.

Expanding on his point, Walsh went on to describe taxation as being “a very blunt instrument — in many cases, actually, it would make our industry less efficient.”

“I don’t think it would stop the number of planes flying, it would definitely reduce the number of people flying on the planes,” he added. “And that would be a silly thing to do.”

“What we need to do is to ensure that our planes are more full rather than less full, and to provide incentives to produce sustainable aviation fuels which will make a genuine impact on the environmental footprint of aviation.”

The European Union is currently looking to revise its energy taxation directive. Among other things, this would see both maritime and aviation fuels taxed.

In Oct. 2021, IATA member airlines passed a resolution “committing them to achieving net-zero carbon emissions from their operations by 2050.”

Given the fact it’s a crucial cog in the global economy, conversations about aviation and its effect on the environment will undoubtedly take place at the COP27 climate change conference being held in Sharm el-Sheikh, Egypt.

This is because despite its importance, aviation has been described by the World Wildlife Fund as “one of the fastest-growing sources of the greenhouse gas emissions driving global climate change.”

The WWF also says air travel is “currently the most carbon intensive activity an individual can make.”

During his appearance at the Sustainable Future Forum, IATA’s Walsh was asked how difficult it was for the airline industry to decarbonize compared to others.

“We recognise however, as other industries decarbonize — and for many of them there are relatively simple pathways to decarbonization — our contribution will increase, because we will continue to be dependent on kerosene to power our aircraft,” he added.

“Now, technology will provide some solutions but … we’re not prepared to depend on something being developed in the future, we recognize we have to do something now.”

“So for us, the key to our goal is the use of sustainable aviation fuels — the science there is proven.”

“What we’ve got to do is turn what is very low levels of production of sustainable fuels into widespread availability.”

This, Walsh argued, represented a real opportunity not only for the industry but “countries around the world to start producing a sustainable jet fuel.”

Such a move would “address the environmental issues but … also create jobs.”

The overarching idea behind sustainable aviation fuels is that they can be used to reduce an aircraft’s emissions.

In terms of content, aircraft maker Airbus has described SAF as being “made from renewable raw material.” It’s stated that the most common feedstocks “are crops based or used cooking oil and animal fat.”

There are major concerns in some quarters that an increased uptake of SAF could, among other things, result in significant deforestation and create a squeeze on crops crucial to the production of food, an issue Walsh touched upon earlier this year.

Back at the Sustainable Future Forum, Walsh struck an optimistic tone about his sector’s prospects going forward, whilst acknowledging that work lay ahead.

“I think the fact that we are committed to net zero by 2050 is important, but demonstrating that we have a credible pathway to … net zero is equally important,” he said.

“And people are beginning to recognize that through sustainable aviation fuels and other initiatives … we can achieve that clear goal.”